All of our services (including our recent Revival Meetings) can be viewed live or later, by clicking the Watch Online tab from any of our pages. 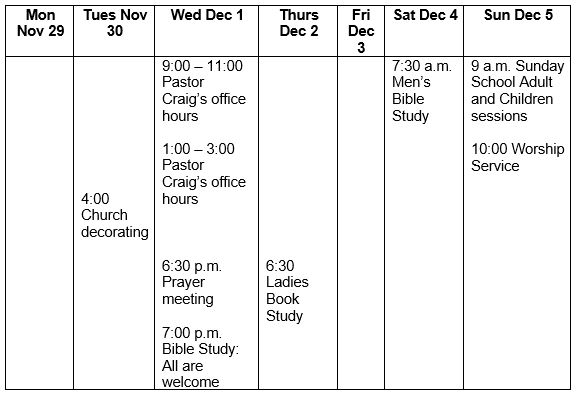 Notices and Looking Ahead: 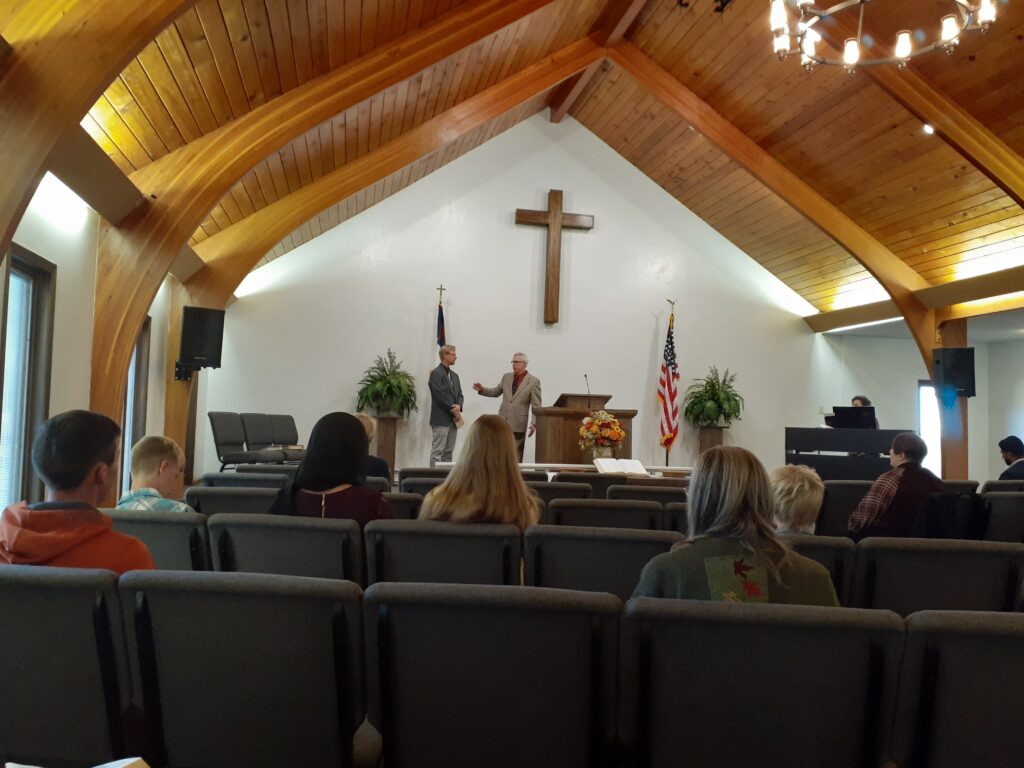 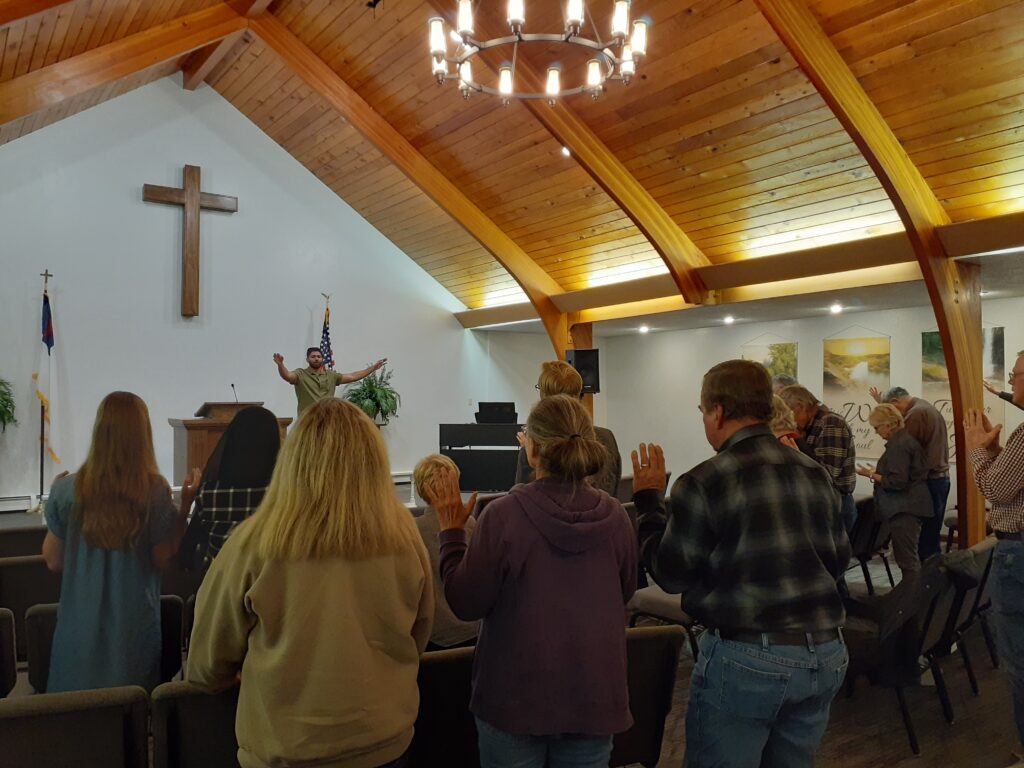 Keep reading to see what's happening locally, in our nation, and around the world:

Matters for prayer and / or action 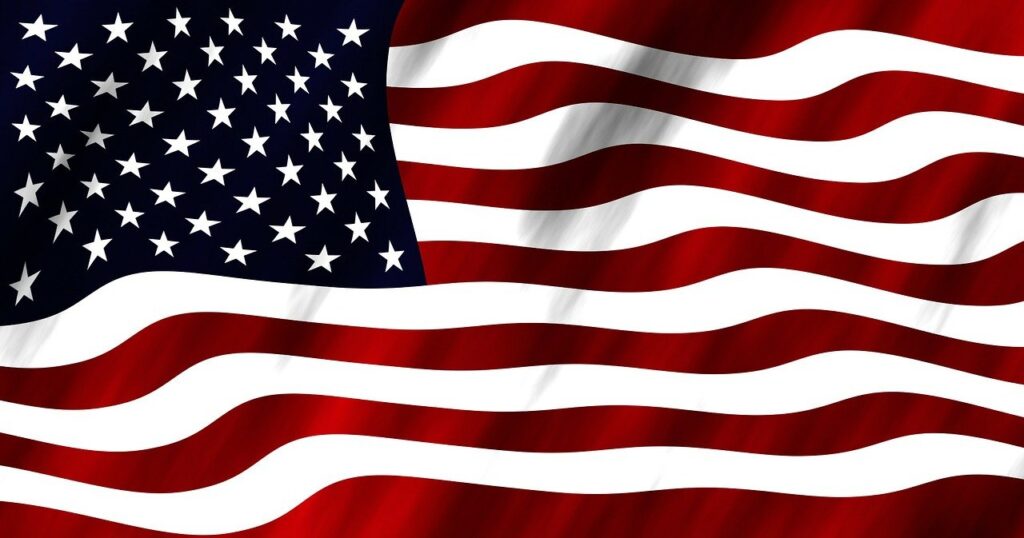 Pray for our country!

For ideas and specific issues for which to pray, visit https://adflegal.org/

1I exhort therefore, that, first of all, supplications, prayers, intercessions, and giving of thanks, be made for all men; 2For kings, and for all that are in authority; that we may lead a quiet and peaceable life in all godliness and honesty. 3For this is good and acceptable in the sight of God our Saviour; 4Who will have all men to be saved, and to come unto the knowledge of the truth. 5For there is one God, and one mediator between God and men, the man Christ Jesus; 6Who gave himself a ransom for all, to be testified in due time. 7Whereunto I am ordained a preacher, and an apostle, (I speak the truth in Christ, and lie not;) a teacher of the Gentiles in faith and verity.

8I will therefore that men pray every where, lifting up holy hands, without wrath and doubting. 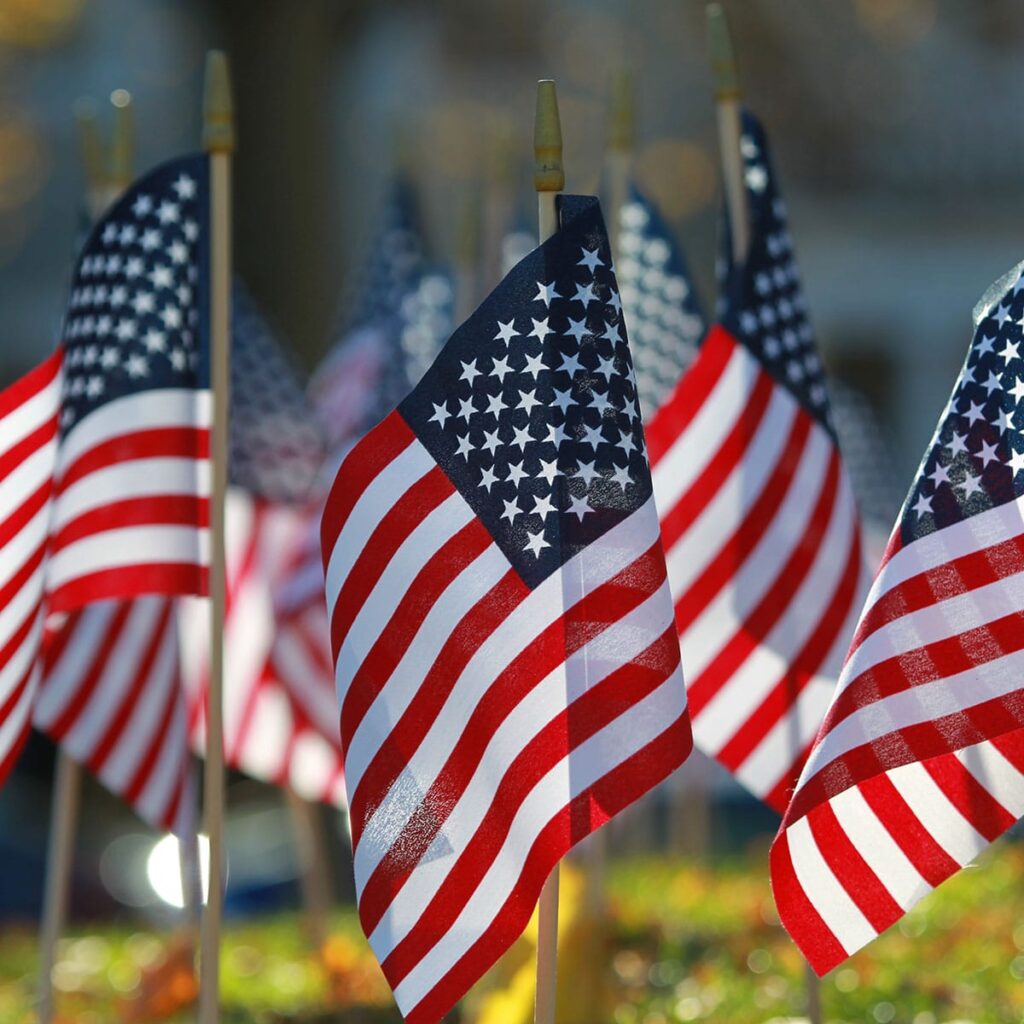 World War I – known at the time as “The Great War” – officially ended when the Treaty of Versailles was signed on June 28, 1919, in the Palace of Versailles outside the town of Versailles, France. However, fighting ceased seven months earlier when an armistice, or temporary cessation of hostilities, between the Allied nations and Germany went into effect on the eleventh hour of the eleventh day of the eleventh month. For that reason, November 11, 1918, is generally regarded as the end of “the war to end all wars.”

In November 1919, President Wilson proclaimed November 11 as the first commemoration of Armistice Day with the following words: “To us in America, the reflections of Armistice Day will be filled with solemn pride in the heroism of those who died in the country’s service and with gratitude for the victory, both because of the thing from which it has freed us and because of the opportunity it has given America to show her sympathy with peace and justice in the councils of the nations…”

Military Family Appreciation Month is a time set aside to recognize you, the military family.

Military families know what it means to serve. Every day, you get up and support your service member, standing by during long trainings and deployments. You know the risks, but you accept this life of service anyway.

You know service is an honor.

You are the backbone of our military. You are the quiet, but steady fuel at home that keeps the fire burning. You keep track of military pay, benefits and news, because you know they make a daily difference in your life. And when your time as an actively serving family comes to an end, you support your veteran.

Serving is just what you do.

Traditionally, the president signs a proclamation recognizing that service and declaring November as Military Family Month. Over the month, families just like yours are honored and recognized for their commitment and contributions in support of our military and nation.

From their “About” page:

Rainbow Bible Ranch is a biblically based youth camp located on a working cattle and horse ranch in Meade County. Larry Reinhold has been the executive director of Rainbow Bible Ranch since its inception over 40 years ago, and together with his wife, Robin, and their six children, the ranch and ministry continue. Kids from the ages of 6 through 18 are able to enjoy riding horses and herding cattle. One can participate in a western rodeo, sing around the campfire under the vast starry sky, swim in the old swimmin’ hole, chase frogs, learn how to use a rope, ride the zipline, teach a baby colt to lead and explore the wonders of God’s creation, Reinhold says.

Dear friends and supporters of RBR,
We enjoyed the company of 438 campers and their families this past summer. Many made heartfelt decisions to follow Christ and to grow in His principles.
“Walk By Faith” proved to be a very timely theme as the summer proved quite challenging due to the drought. The daily experiences aided in getting life lessons across in many valuable ways.
We are working on the newsletter (Rainbow Reflector) along with the 2022 schedule. We will get that out in the next couple of weeks.
Please pray for God’s provision and wisdom.
Thank you,
Larry B. Reinhold
http://www.rainbowbibleranch.org

The Food Pantry is supported by your donations, as well as generous donations from local businesses like Walmart, Country Hearth, Coborn’s, and County Fair.

All the Food Pantry workers in Mitchell are volunteers. The Board of Directors is a composite of 15 local churches.

Find the Mitchell Food Pantry on Facebook at https://www.facebook.com/mitchellfoodpantry

Psalms 122.6Pray for the peace of Jerusalem: they shall prosper that love thee. 7Peace be within thy walls, and prosperity within thy palaces. 8For my brethren and companions’ sakes, I will now say, Peace be within thee. 9Because of the house of the LORD our God I will seek thy good.

A resource to check out:

Scripture commends us to fast regularly.

If you are interested in the practice of fasting, read this article.

Search this site to find lyrics and listen to accompaniments. https://www.hymnal.net/en/home

Art of the Bible: https://artofthe.bible/

A Christian Apologetics Ministry Dedicated to Demonstrating the Historical Reliability of the Bible through Archaeological and Biblical Research.: https://biblearchaeology.org/

Direction for how to pray for persecuted Christians; gives Friday morning updates and a calendar; Can also look for the Pray Today app in your app store. icommittopray.com

The Chosen is a Bible-based movie available for free on youtube. It depicts the life of Christ. There are several segments. This is the link for Episode 1: https://www.youtube.com/watch?v=craeyJdrCsE